It's impossible to list all the answers. You just need to play it to figure it out yourself. Problem is… The game is still in development, and how are we supposed to introduce ourselves when players don't have anything to play? So we've come up with the "Birth of Big-eyed Crown" series. We hope to use this as a way to answer some of the questions our new friends have, and above all, do some promoting, he-he!

We are a group of roguelike game enthusiasts and have more or less played almost every roguelike game on the market, popular or not. For some of them, we even invested thousands of hours. We love it, so we do it. Everyone's thrilled with the idea of making a roguelike game.

At first, we wanted to make a game with dungeons, monsters, and transformation mechanics. Different monsters grant you a range of unique abilities, and players can catch a wide assortment of weird fellows in dungeons to use their different abilities in combat. It's a roguelike dungeon-crawling game in a randomly generated labyrinth with a ton of variety. 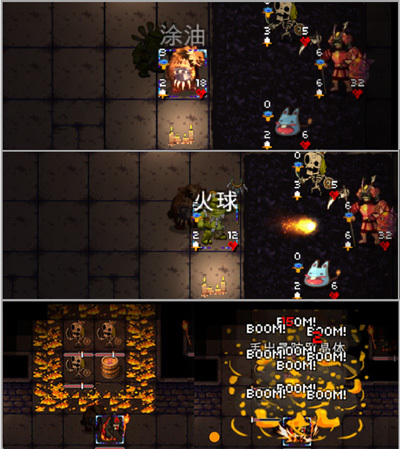 Early screenshots of the demo with rough graphics

In terms of combat mode, we learned a lot from Fuurai no Shiren (a classic Japanese RPG from the Fushigi no Dungeon series, one of the earliest roguelike games), which features a "Sync Turn mode." In a Sync-Turn game, if you stand still, your enemies will stand still; if you move, so will they. All the actions are done on the same turn. Crypt of the NecroDancer, the widely acclaimed music action game, also uses similar combat mode.

Actually, this type of turn-based play style is not currently mainstream. Even in the golden age of roguelike games, it was regarded as a niche genre, let alone in modern days. There are lots of reasons why it became less popular, but we believe that classics should not be forgotten over time. So, we hope we can bring a fresh new take on the classic playstyle. 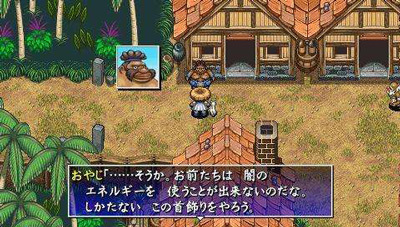 Classics should not be forgotten

Unlike Fuurai no Shiren that uses large maps, our game is kinda like The Binding of Isaac, using dungeon cells as local combat scenes and features a wide range of weaponry such as swords, guns, and blunderbusses. The objective of our design is to make a game with a strong sense of purpose and strategy so as to lower its threshold for newcomers. It is not yet clear whether it will garner a great deal of critical acclaim, but we really hope more people will be willing to give it a try.

A small cell generated at random

In addition, we have also drawn inspiration from Divinity: Original Sin, in which different elements and terrain have huge impact on combat, while combining different elements can add gameplay variety. We began our new attempt on the basis that, by adding more elements and terrain to the randomly generated dungeons and creating new elemental combos, the game evolves into a one-of-a-kind experience that cannot be matched by any other game.

We have designed 8 elements so far. Guess how they are related?