The Grand Finale to China Joy! Friends, Lovers and Families, Thank You All for the Support!

This time, NExT Studios came to China Joy 2019 with five games presented in five different exhibition areas. They were biped, Metal Revolution, Unheard, Crown Trick and Iris.Fall. We greatly appreciate the immense support from our business partners, namely PlayStation, bilibili, X-Space, Unity and ROG. You have given us more opportunities to make direct contact with players.

We also want to thank all the players who came and supported us! You have given us unlimited driving force that encourages us to stay true to our mission of making more boundless awesome games!

Let's revisit China Joy and read the fun story of these five games.

biped - Next Studios' 008 Title is planned to be released on PS4 in 2019. It is an action puzzle-solving game that combines creativity and fun. Players can play solo or co-op with another player. Players can get the most out of this game when they work closely together with their friends and families. However, some players call it a "Relationship Test."

Players queued up for this game at the PlayStation booth. Most players came in couples. For friends and lovers, this game is an extreme test of their tacit understanding. Because the demo time is limited, new players found the game to be quite difficult. However, they still enjoyed the challenge and the "relationship test". On the morning of China Joy's third day, biped was announced to be released on PS4 in 2019 during the PS4 Stage Event. Game producer Ding Dong shared the story behind the making of the game and some game techniques. Some may have found the broken heart in the photos below. That level is where players encountered the most failures. The editor-in-chief of 4Gamer.net, a famous game media outlet in Japan, wrote a detailed report on the game after he played the demo. 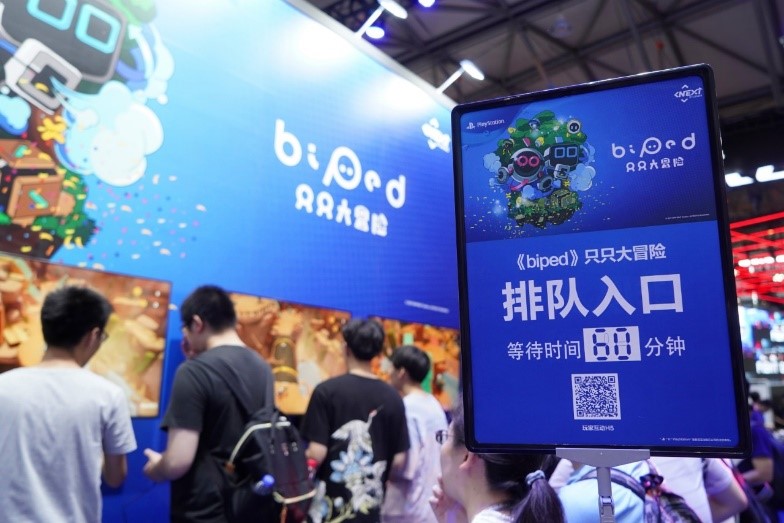 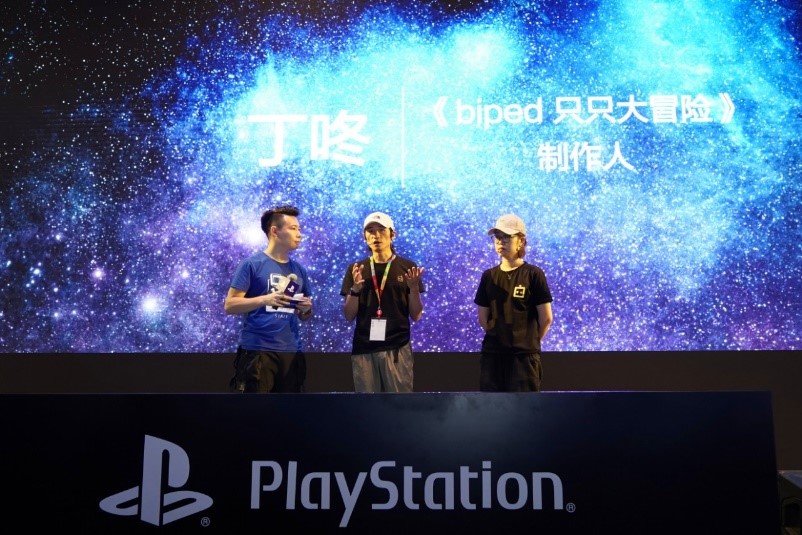 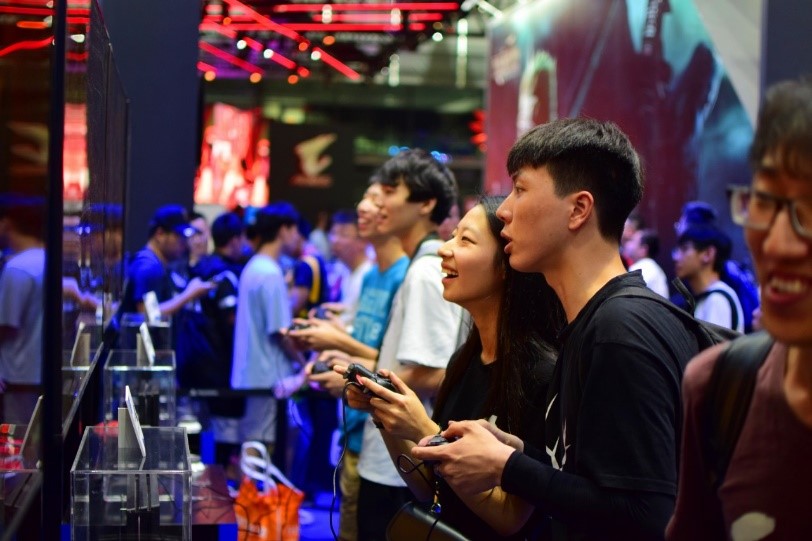 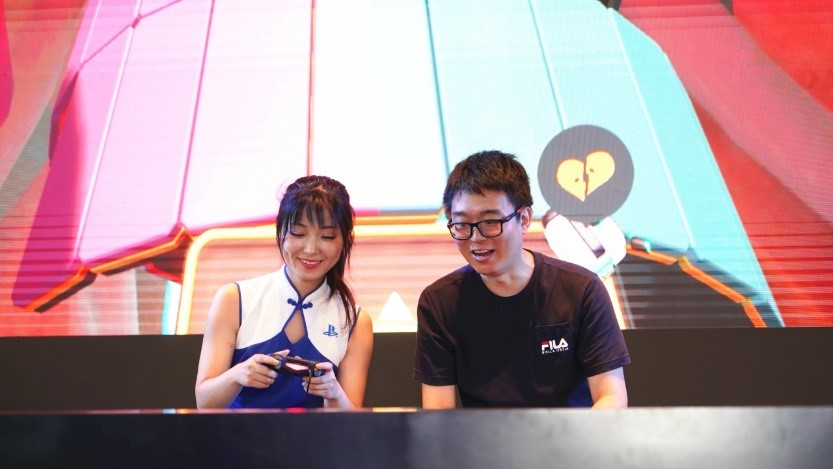 Metal Revolution - You can now add the NExT Studios' 006 Title to your Steam Wishlist or preregister it on TapTap. This is a new generation fighting game with an original mecha theme, minimalistic controls and cyberpunk art style. This game was being presented at multiple booths, including PlayStation, X-Space, Unity and ROG, which made it convenient for players to try it out at multiple locations. It may seem to be a male-dominated game at first glance, but it was actually enjoyed by lots of female players. There were also fathers and sons. On the third day, just before 8:30 a.m., I met a player who was born in the 2000's. He defeated his elder brother on the spot. The photo of his genuine smile made me really happy~ 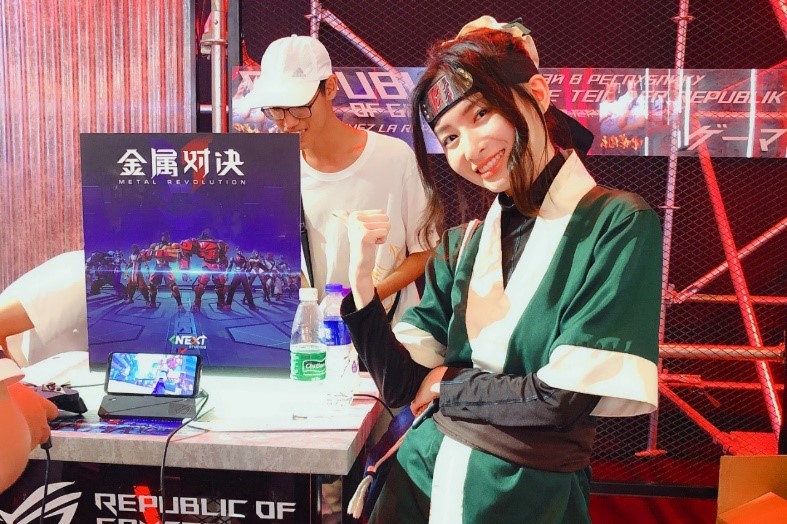 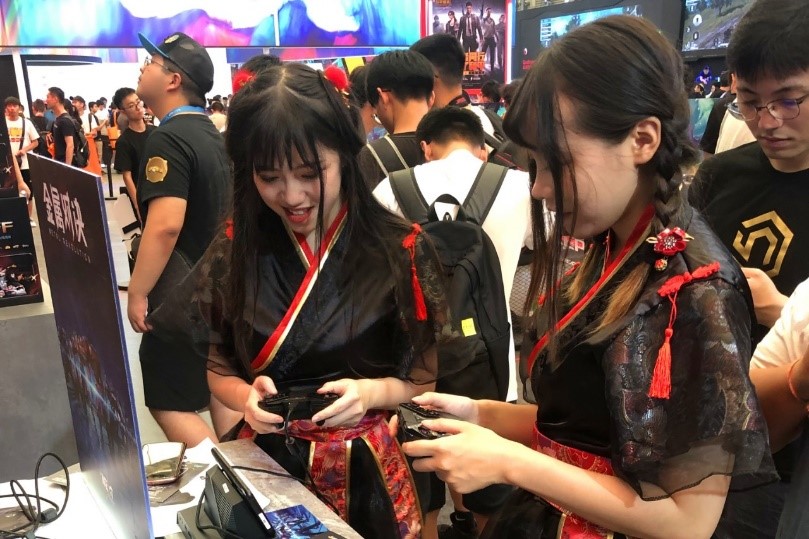 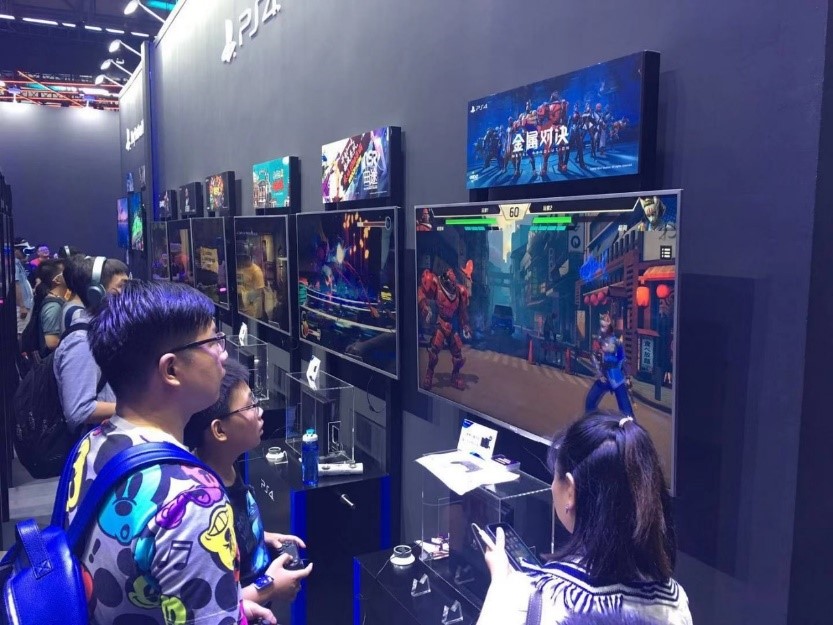 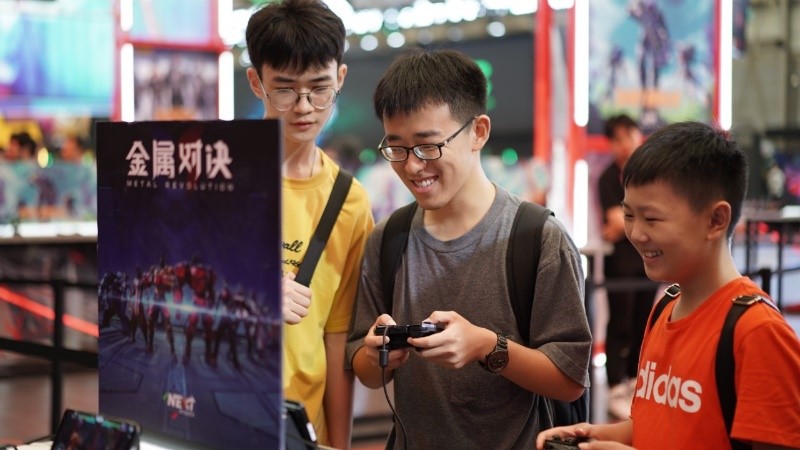 I also have more pictures of the girls that attended

Unheard - NExT Studios' 004 Title is now available on Steam, receiving overwhelmingly positive ratings of 95% and 98% positive reviews for the main game and its DLC respectively. Unheard is an acoustic detective game in which players are required to use the voices they hear to track down each individual and find the clues. Since its release in March, it has received extensive attention from home and abroad. It was nominated during the 2018 IndieCade and was a nominee of the Gamer's Voice Award at the 2018 SXSW Gaming. It has received a 9.8 and 9.7 rating on the Bilibili Game Center and on TapTap respectively. How did those guys at NExT Studios think of such an innovating idea for a game?! As we can see from the photos, the unique feature of this game means that players have to wear headphones to play this game, immersing all players in the game. 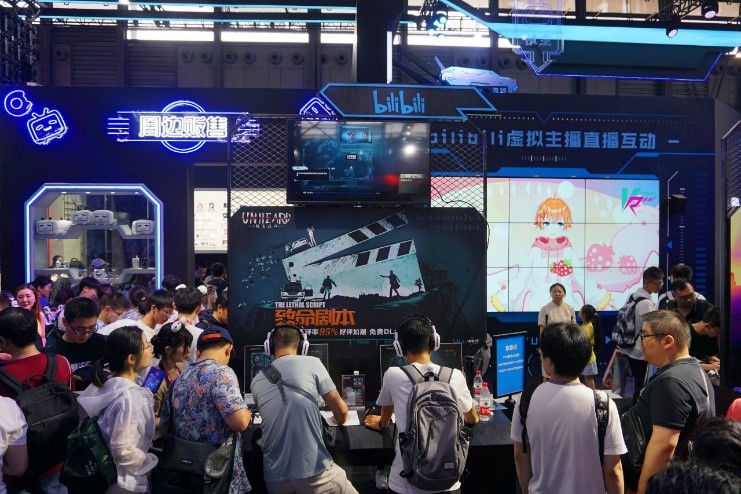 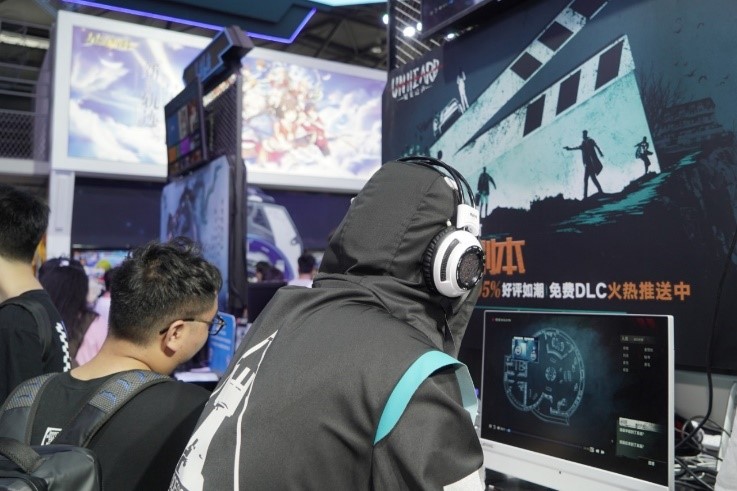 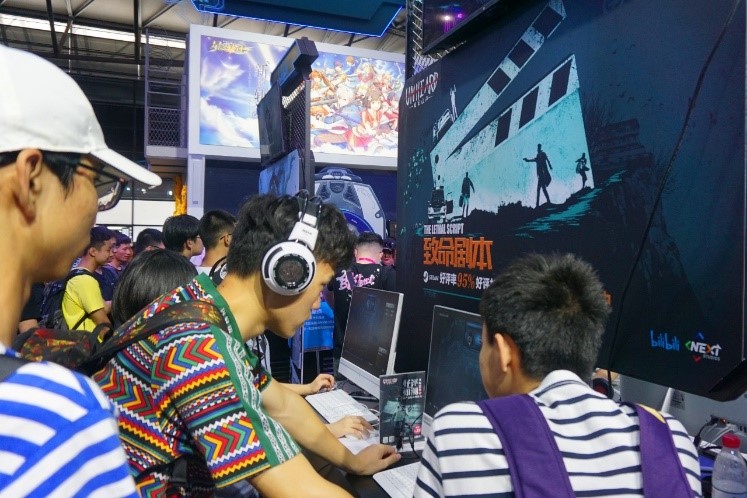 Crown Trick - NExT Studios' 007 Title is a turn-based roguelike RPG game. You can now add it to your Wishlist on Steam. This game features a hand-drawn art style and a fun and long-lasting adventure. Players can explore dungeons with diverse themes to challenge dangerous enemies and bosses. The game demo was available at the X-Space booth during ChinaJoy. Countless players explored and fought in the dungeon, even a father and his son too. I also found a very handsome guy trying out the demo! 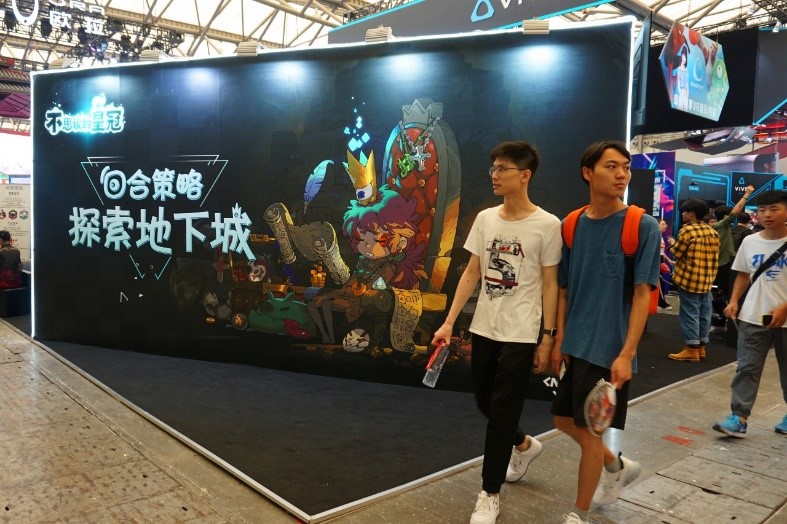 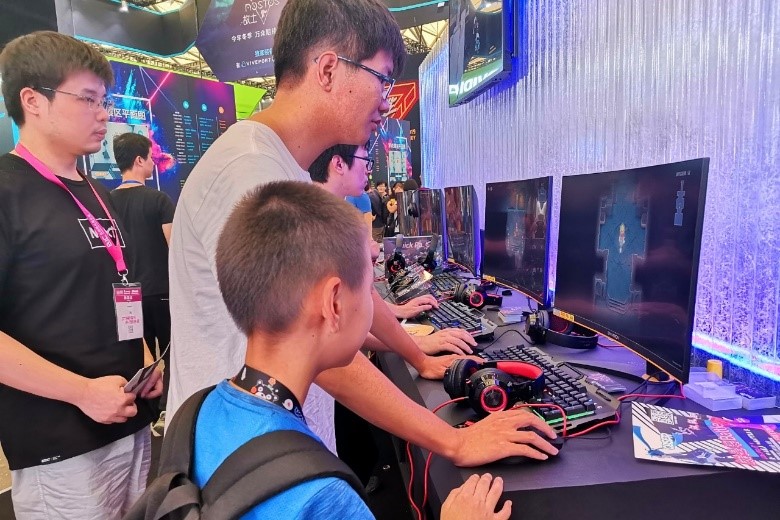 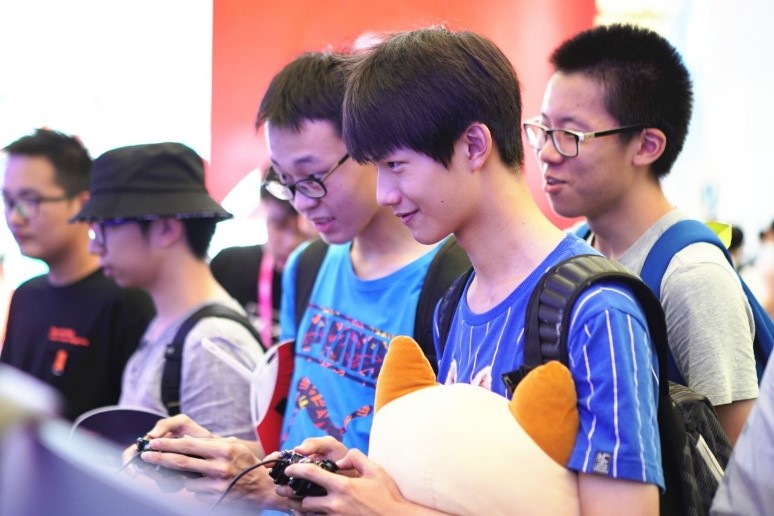 Iris.Fall - NExT Studios' 002 Title is now available for purchase on Steam. This is a puzzle adventure game featuring a monochrome hand-drawn art style. The game constructs a three-dimensional space using light, shadow and perspective. Players control the main character, Iris, to move around in the three-dimensional space searching for items and overcoming obstacles to solve a series of puzzles. This game demo was presented at the Unity Booth in ToB area. Unlike the crowded ToC area, the ToB area was the real deal. Here contracts were struck and business matters were discussed. However, our two game demos still attracted many players. One ace player even cleared Iris.Fall on the spot. 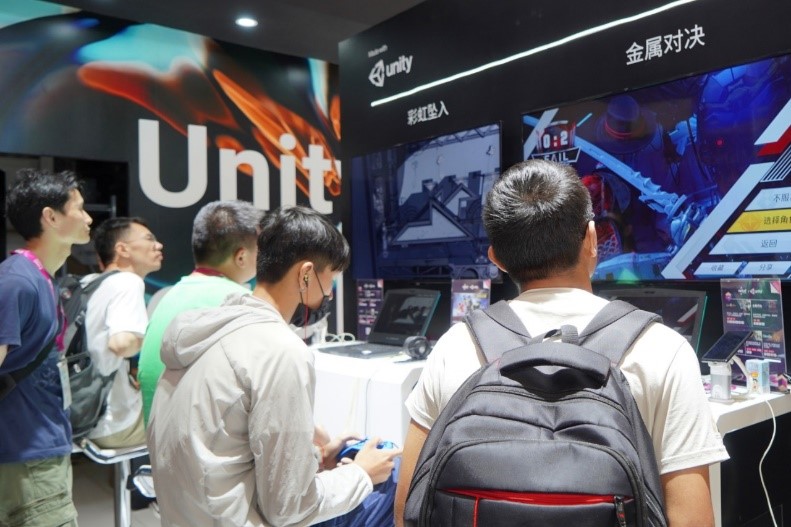 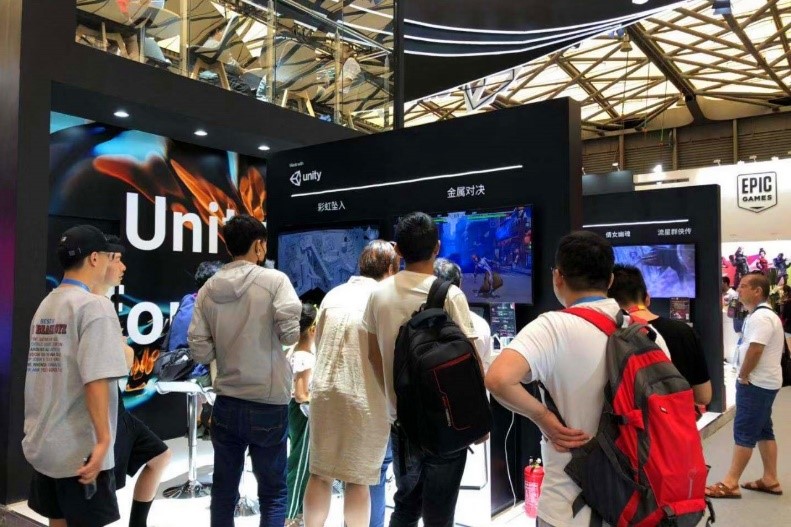 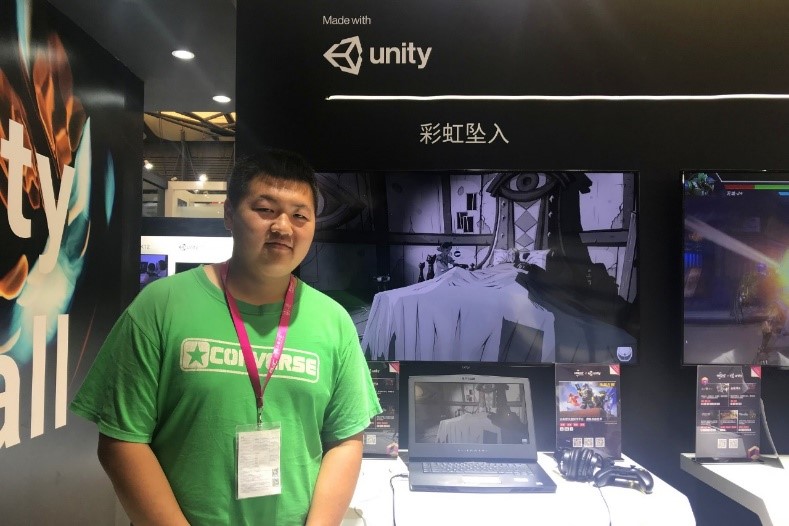 This is the guy!

It was huge success for NExT Studios at China Joy! Thank you all for coming! We hope that you will always enjoy the games we make! We will continue to fulfill your expectations by making more pure and awesome games! After all, products are all that matters!

P.S You can also visit the Game Page and purchase the game on Steam if you want to play those games again. (＾Ｕ＾)ノ~