From GDC to PAX: A Biz Bazzare to A Game Wonderland

This year's GDC and PAX East are just happen to be connected. So in the two weeks, from San Francisco on the west coast to Boston on the east, we put our 6 games on exhibition in one trip. 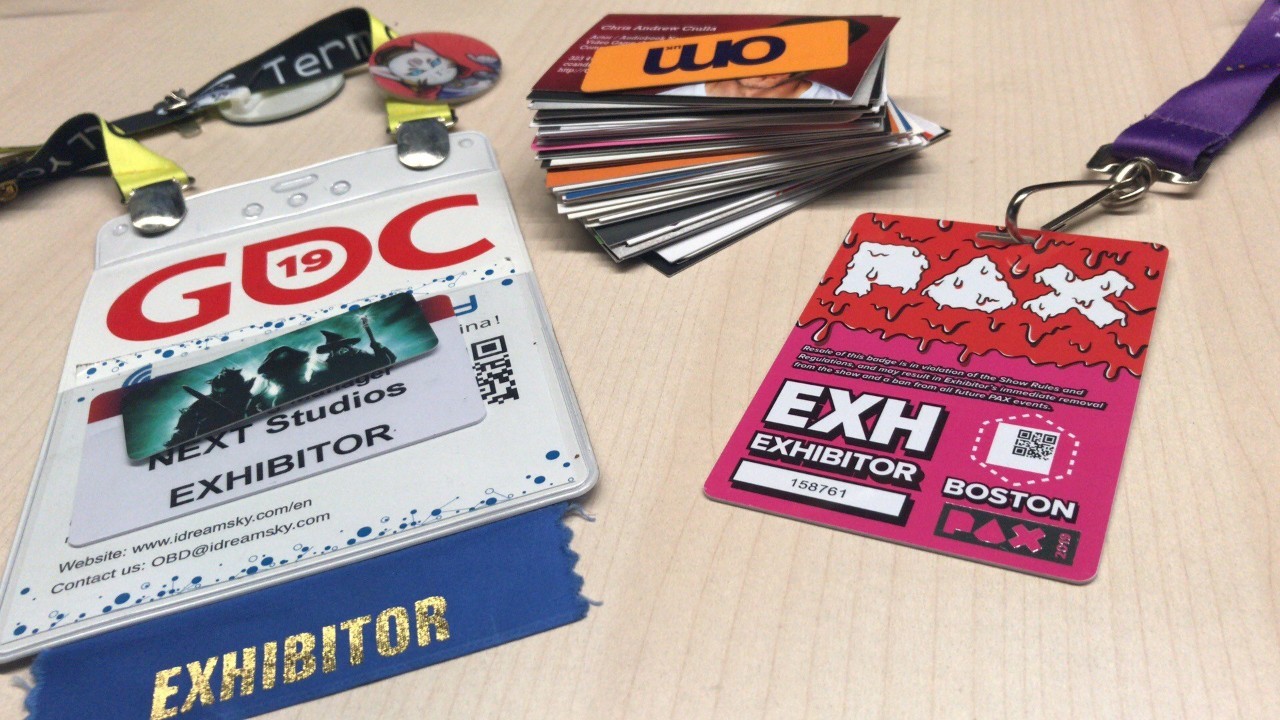 "Are you a publisher? ”
"You develop ALL these games?"

This kind of question is what we get most while at the Expo. The six games have vastly different art style and gameplay, which is a reflection of our bottom-up project management and the strong personal styles of the dev teams. I'm sure that NEXT will continue to receive such doubts with our next releases.

Being a professional global game industry conference, GDC is not the main battlefield of pure players, but a gathering place for developers and business people. But our love for game is the same and there are also ace players amongst us. The second guy from the left came to NEXT booth and took part in the fighting competition in Metal Revolution, he passed 5 stages and claimed the final victory. After the photo is taken, he immediately sneaked back to his meeting! 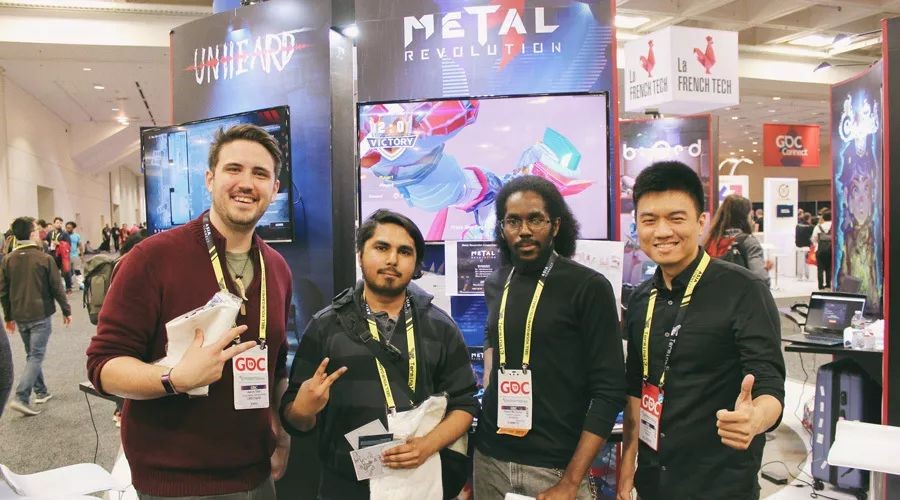 It is also the first time for NEXT's 007 production Crown Trick to be in a foreign exhibition. The game is still in development and we received a lot of feedbacks and suggestions from demo and survey. The character movement control can be a bit smoother, and the time requirement for each level should be more reasonable. Emmm, could this crowned cat mean a pet system? 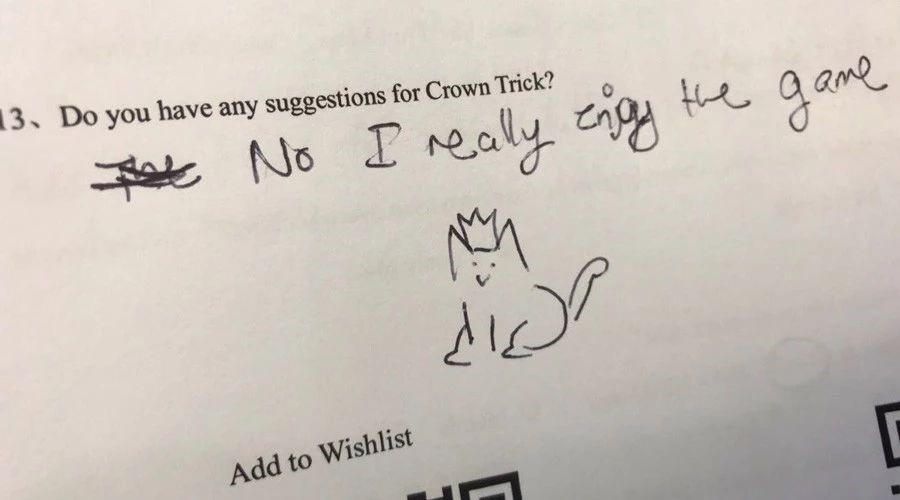 Since it's a industry conference, GDC is an excellent opportunity for us to get in touch with foreign streamers and media. We met a Youtuber who happens to be an experienced roguelike player. He is really into Crown Trick and he made an in-depth discussion with the devs regarding level design, endless mode. He also wanted us to give him the game key in advance so he can play it on live stream. 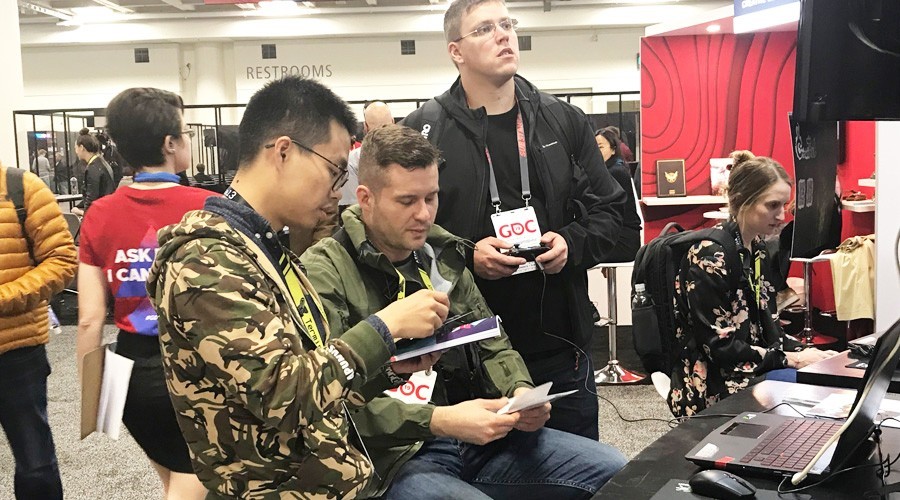 This is the GDC, we play games with Business Development and talk about publishing issues and we play with streamers and talk about advertising. That's how we got all those business cards during the five days of exhibition and conference. To sum it up, play and get in touch! 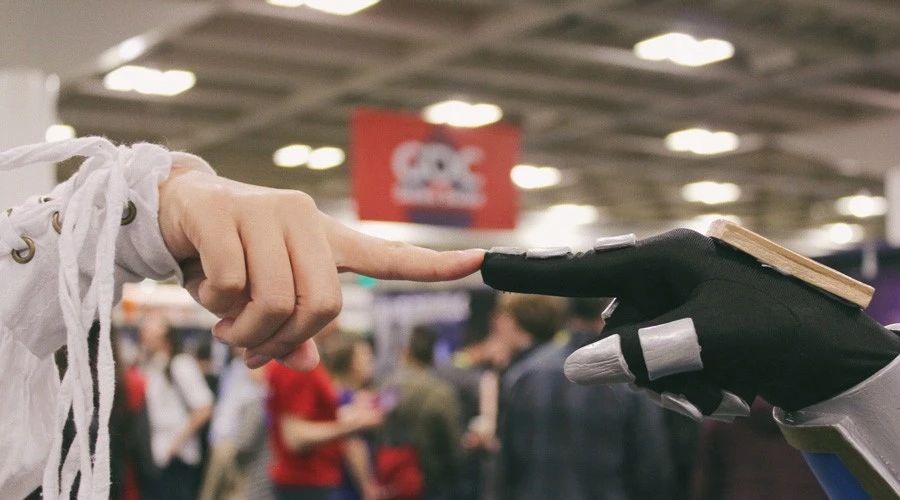 The west coast welcomed us with california sunshine, but the east coast is a different story.

Boston in late March is still freezing cold. With about 5 decrees Celsius during the day and basically sub-zero in the night, we got lucky that it didn't snow. Well, at least the PAX is hot enough, and the players are too. 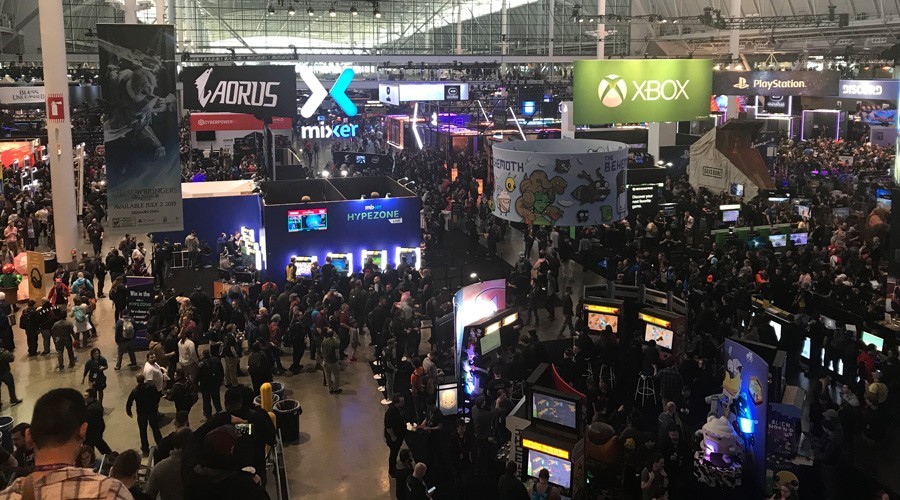 You definitely won't dress up like this if you are here for a conference, will you? 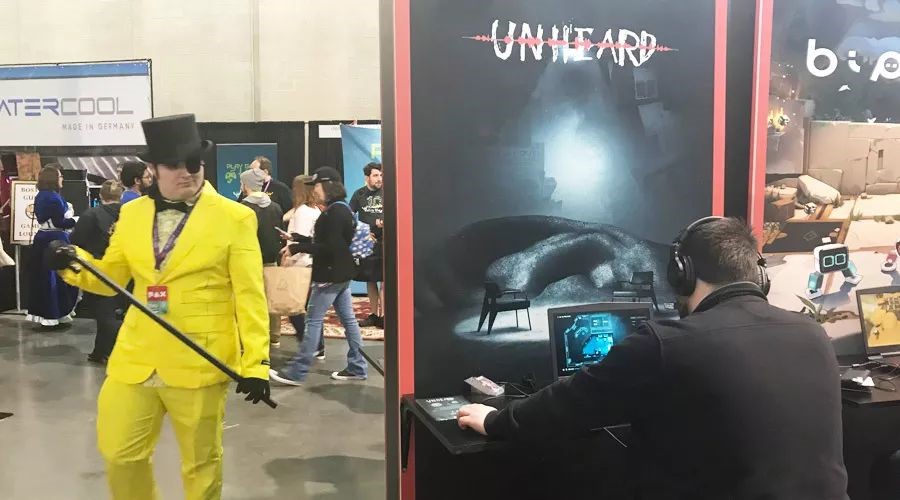 The NEXT 004 Production Unheard is released on May 29th on Steam, which happens to be the Day 2 of PAX. Because we made announcements in advance on Day 1, lots of players actually returned to the booth, played the game and purchased it on mobile right away. 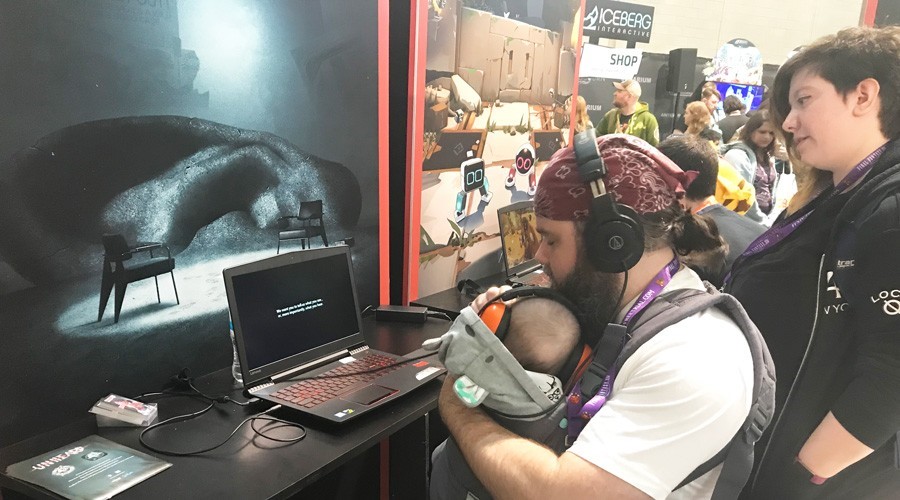 Unlike GDC, PAX is more like a shopping festival and players are really keen on buying! Therefore, NEXT prepared lots of game related products for players that supports us! 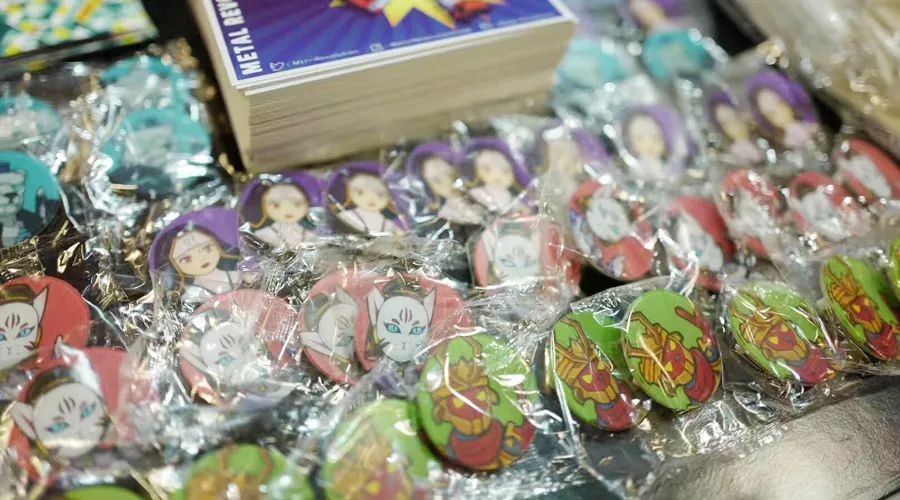 Besides AAA games and major releases, PAX is also full of interesting small events. Super Meat Boy announces that it will no longer release a new version. But Tommy Refenes doesn't seem to be bothered and mocks major game companies for boasting their products and neglecting gamer experience. After all, a delayed release to ensure better quality is always understandable. 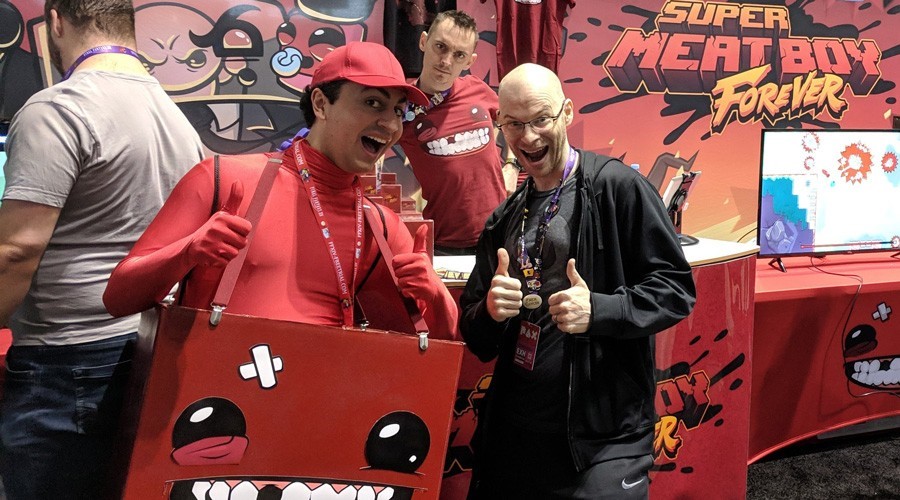 Remember Dead Cell, the game who owned a small booth back at 2017 PAX Seattle? This year they came back with signed PS and Switch Hardcopy because they are that popular! Two years ago, the two creators of "Dead Cells" were introducing their games and handing out business cards in person. This year they are nowhere to be seen. Maybe they are afriad of too many people. 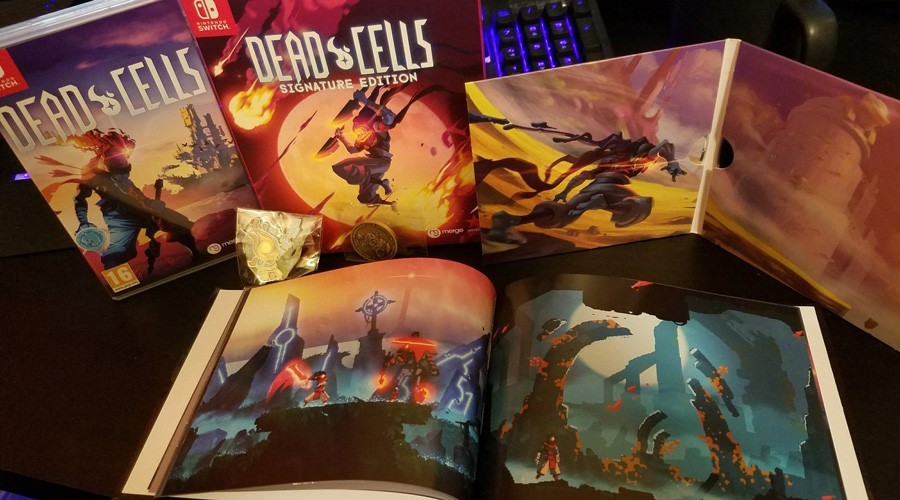 Next year, we will bring more business card from GDC and enjoy the hot PAX even more. What kind of games should NEXT bring along next time?