If My Game Doesn't Sell, My Artwork will! —Says The Designer Of Iris.Fall

Sorry to keep everyone waiting!

NEXT 002’s title, the monochrome sketch-styled puzzle game Iris Fall is now live on Steam! In previous game shows at home and abroad, on Weibo and Wechat, there’ve been lots of players asking when they can get their hands on this game, we hope that Iris Fall lives up to everyone’s expectations. 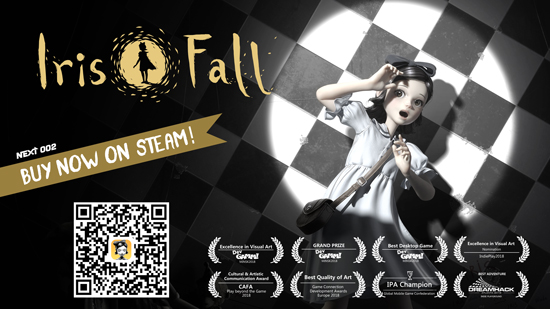 Iris Fall is a monochrone sketch style puzzle game, it uses light and dark, and perspective to construct a wonderful 3D physical space. You play the role of Iris, who can move around in this space, searching for items and overcoming obstacles to solve a series of puzzles.

These puzzles aren’t just brainteasers, they also crucial to developing the plot. Iris wakes up from a nightmare and follows a cat into a ramshackle and magical theater. Through the dominant monochrome hue, she can use the light sources and their projection within the surrounding area while also going between the shadows through switching her body to solve the puzzles of the theater one by one. Over the course of the journey she also gradually uncovers more about her own identity.

The in-game puzzles are also really immersive. The parts of the area that aren’t directly related to the puzzle, such as the walls and bookshelves are all well-detailed with realistic lighting. In regards to the audio effects, you can hear echoes as you move around the empty rooms. 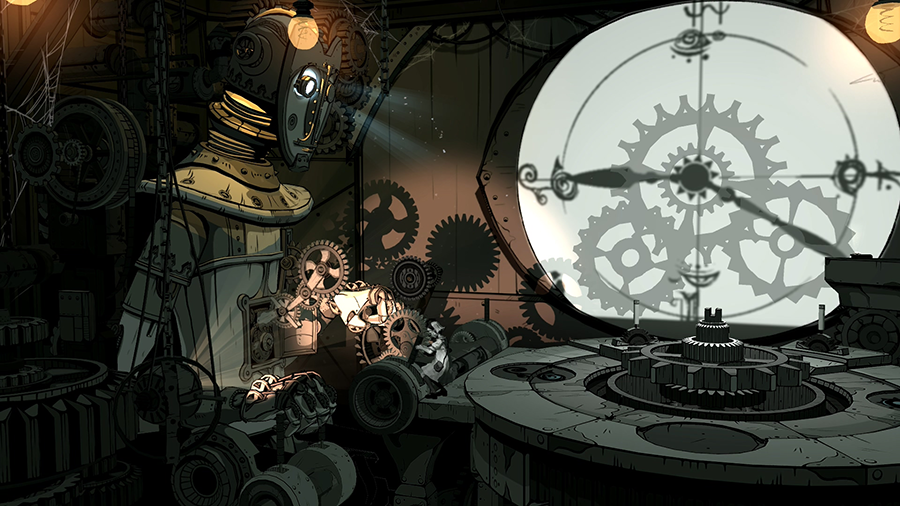 Iris Fall spent a year in development with a core team of 6 members, and is the main designer, Guan Feifei’s first title to contain her raw artistic style. But just using her own image and experiences to design a game isn’t all, every area in the game is drawn as intricately as wallpaper. It’s no wonder why the creators said “If the game doesn’t sell, then we’ll sell this artwork instead! ”

Iris was originally designed in her own image.

That’s right, Iris’ image and backstory were all designed by Feifei according to her own image and experience. Short hair, a shy personality; Feifei drew over one hundred initial designs, the black and white world of Iris represents childish innocence and a simplistic moral view, which is the reason why they eventually decided on this monochrome style. The real world may not be black and white, but Feifei longs for more simple interpersonal relations, without so much betrayal. （What did Feifei go through exactly? ） To avoid spoilers we won’t go into details about Iris’ experiences, but at the end you’ll realize that it’s a story about “trust”. 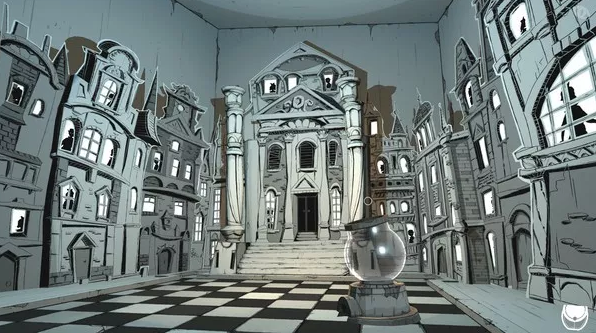 “If the game doesn’t sell. we’ll sell the artwork! ”

As the main designer, Feifei pays careful attention to details. If you carefully look in any of the game’s areas; a bookshelf in the background that has no relation to the puzzle, a purely decorative vase under the bed, these images are all fully detailed and have authentic lighting effects. (Some of the details are linked to Steam achievements, don’t miss out on those achievements!)

The rich visual elements are creations that come from outside of Feifei’s daily work life. Before creating Iris Fall, Feifei designed and printed postcards as a hobby. Starting from 6 years ago, she would design a set of postcards each year purely just for fun.

When asking about why she first started to design these postcards, Feifei said honestly that it was due to some setbacks that she faced at work during that time, making her lose her own self-confidence both professionally and personally. Instead of being consumed by the soul-sucking job at the time, she decided that she might as well find a reason to keep being creative. In her travels around Europe, Feifei became fascinated with 19th century art nouveau. Art nouveau changed the focus of art from the focus of people during the renaissance to a central focus on ornaments, graphic design, handcraft and material items. This type of change, making new from old was just what Feifei wanted at that time. 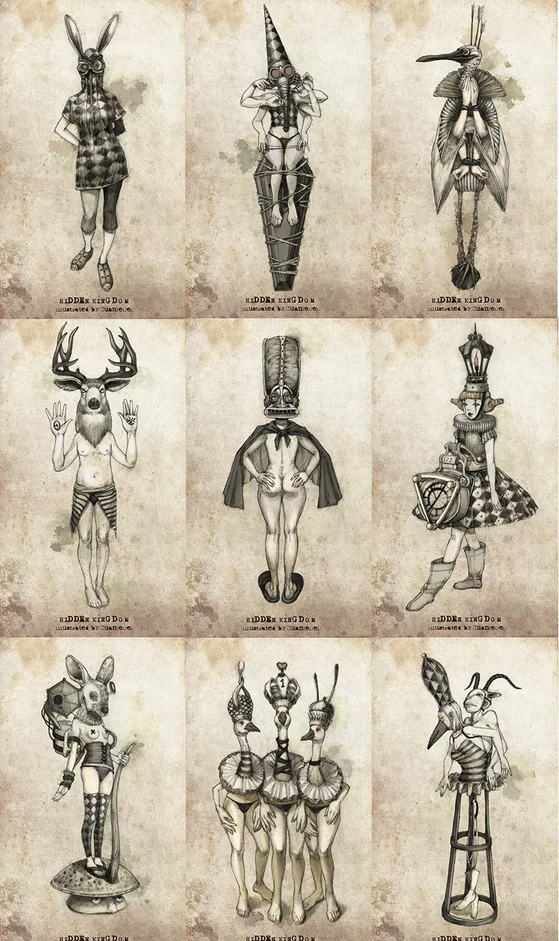 This was like a breath of fresh air to Feifei who started to boldly use high-contrasting black and white in her art, employing the use of repeating patterns to make a coherent picture with a prominent structure and aesthetic; paying her respects to the masters whose work contrasted with the times.

The style is a niche within a niche, this game was not originally made to be a best-seller anyway, “If the game doesn’t sell. we’ll sell the artwork! ” Feifei said 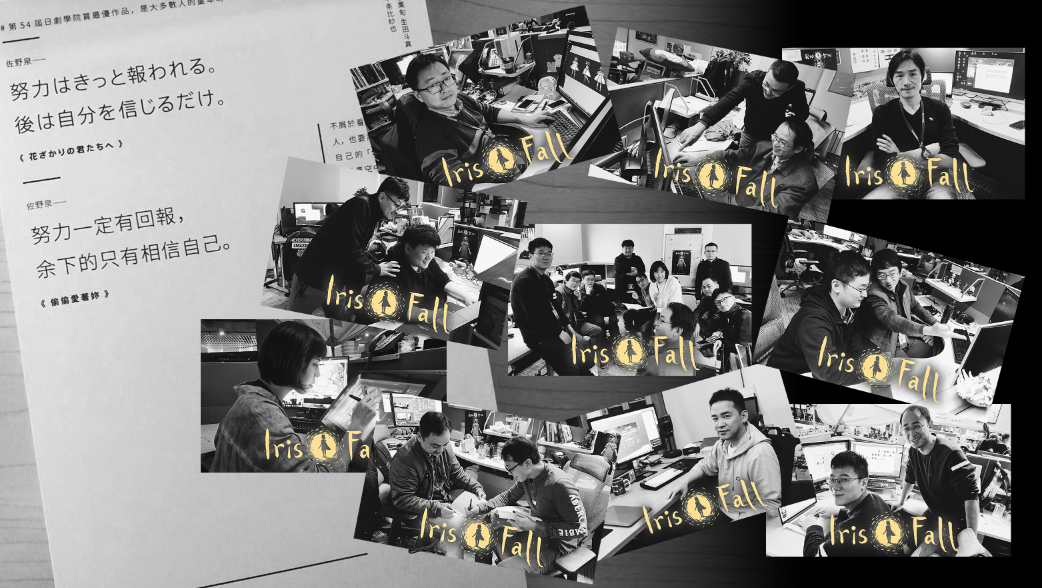