Without A Stop! A Whole Month Tour of Game Shows

Autumn is often the prime time for game shows abroad, the large developers want to display their awesome new products at E3, and the smaller developers who have closed themselves off for a whole summer also have their own secret weapons locked and loaded. At the end of this October, we’ve taken the games that we’ve developed and have toured without stopping from one show to the next. You could say that if we weren’t attending a show, we were travelling to one.

IndieCade is an indie game’s company association, every year they promote indie games across the world and help to bring indie games onto the gigantic stage that is E3. The well-known game Moonlighter amazed the audience at its E3 appearance in 2012 through registering with IndieCade before it had even been publicly announced. 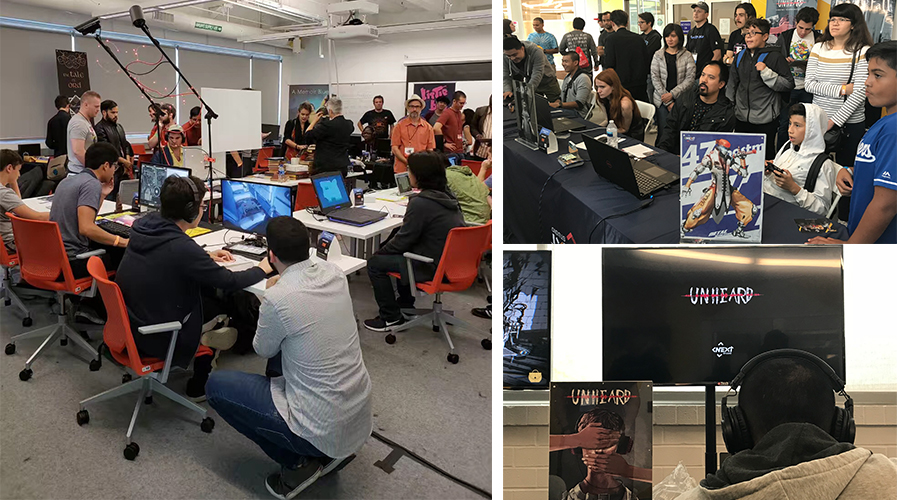 This year’s game show took place in Santa Monica, LA a week earlier than the European showcase. Santa Monica College lies not far from USC, an abundant source for games talent. So, the products displayed at America’s showcase has a strong College background and many people will directly enter into their tutor’s companies, making films or animations before starting on games. 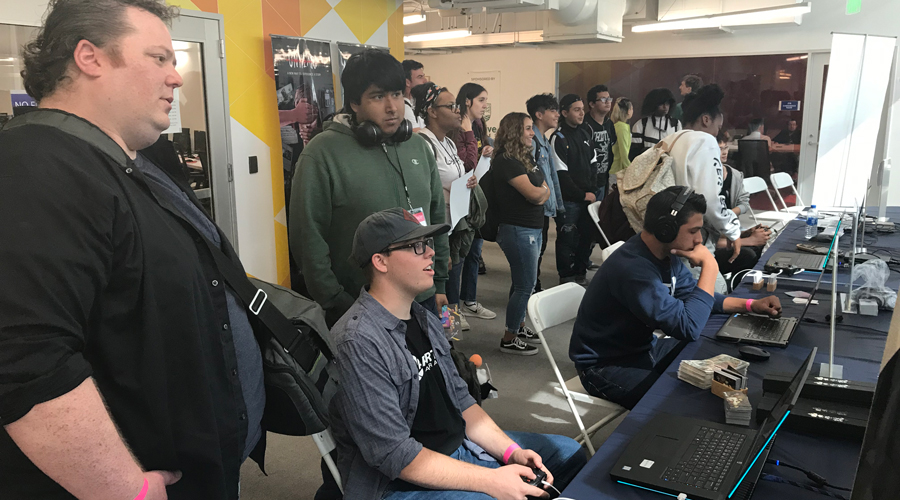 The games on display by NEXT were Bladed Fury, Iris Fall, Metal Revolution, and Unheard; the game Nishan Shaman was also nominated for an award, being showcased in the candidate’s area. Because of this college backdrop, the audience attending the exhibition were also professional, going up to developers and asking “How do you do this shading?”, “Is that narrative correct” and other such questions. With a bounty of games and showcases for the gamers in attendance, a developer without any demos would have a hard time trying to please these gamers.

After a professional and rather thorough assessment, during the awards ceremony on October 13th brought a great surprise, Nishan Shaman obtained “The Innovation in Aesthetics Design Award”, the developers couldn’t help but shed tears of joy and pride. 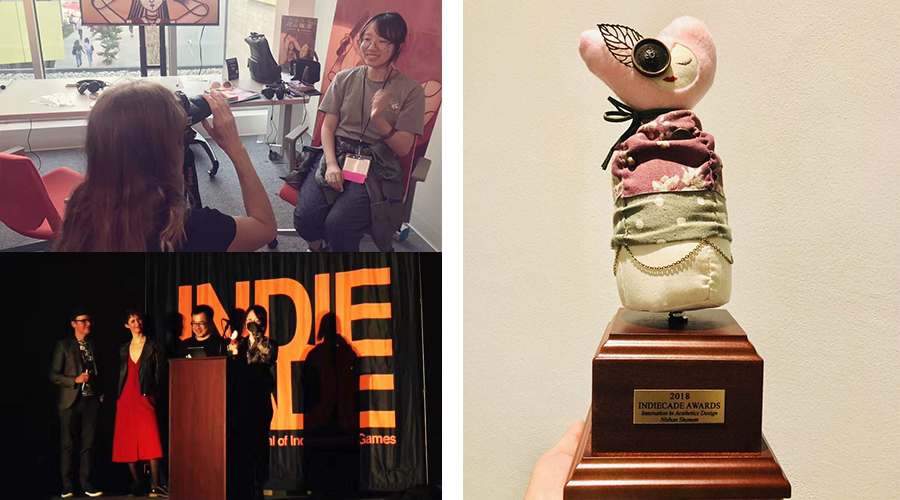 After the USA showcase was finished, we went straight for Paris, taking the nominated title Unheard to participate in the European IndieCade exhibition. Stepping out into the European stop, we were taken about; a 200 year-old castle which is now a school, wooden rooves and ornate beams, the atmosphere was completely different from the quaint country one in the USA. At the European exhibition, the games were considered more like pieces of art than products, which was an apt setting for the all-new interactive sound narration exploration puzzle game Unheard to showcase its artistic charm. 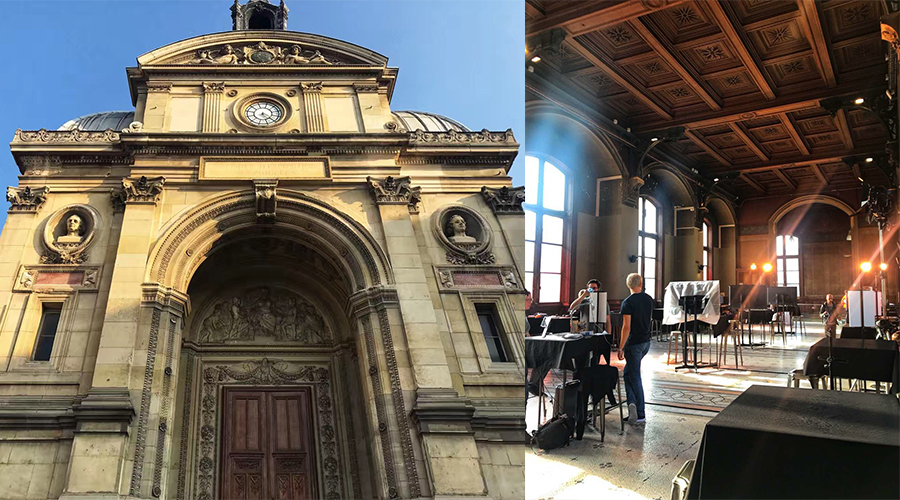 At the same time as the IndiCade showcase in America, another pair of people went to attend the exhibition in Poznan in Poland. The Witcher series and This War of Mine are well-known Poland games, but the gaming atmosphere and gamers themselves are still not very well known.

The greatest experience from this exhibition was the universality of the joy of gaming here, even the President and the Minister of Culture were at the scene, trying out games for themselves; there were whole families, with parents and children all enjoying the games together. 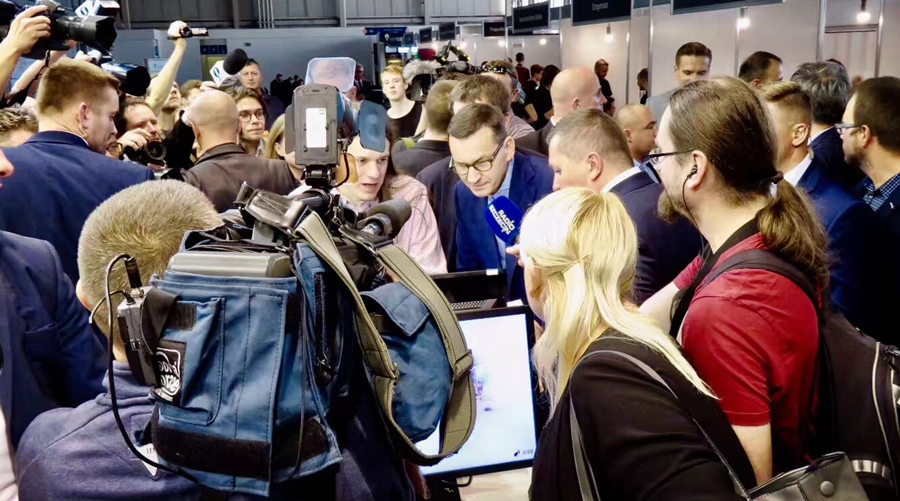 In Poland, NEXT showcased the fighting game Metal Revolution and Biped, the cooperative game that makes a first appearance. No matter whether it was players who were officially testing the game, or the surrounding gamers, they were all immersed in their activity. It wasn’t easy for those playing the puzzle games Iris Fall and Unheard to calmly and patiently search for clues in such a noisy and lively atmosphere. Children were playing with their fathers, getting advice and hints off them or just discussing the best solution to pass the stage. 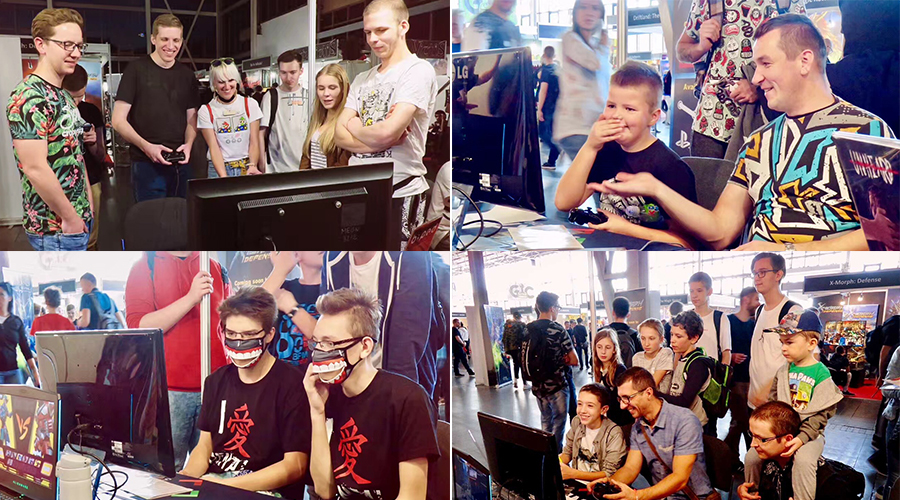 One flight layover and two trains later, we journeyed from Poznan to Skovde, a tiny city that can only be seen on a map of Europe after magnifying it several times. This little city is built upon Volvo, the military, hospitals and universities. The nominated title Unheard made its way into Sweden’s game’s showcase. 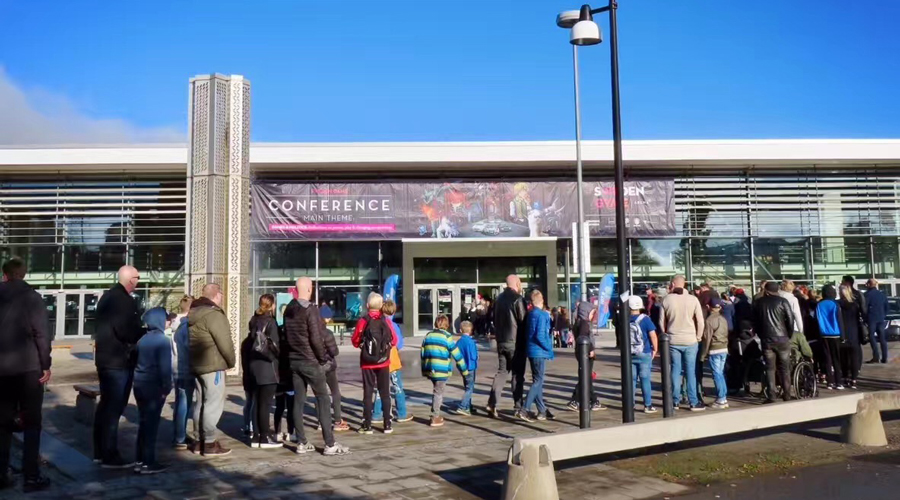 Skovde has a population of just a little over 50,000 people, it feels empty even during the daytime, but for this game show, there were over 1000 people here from over 32 different countries. On the Public Day at the weekend, there was even a long queue by the exhibition center’s entrance. Due to the demands on the player’s English ability, Unheard mainly attracted teenagers and adults who all approved of the game’s concept. There was an independent game’s journalist who held their own Top 5 Games at SGC 2018 trophy and specially came over to give us developers, saying “I love your game, I wanna give you first prize!”

That’s right, we were in France’s very own Paris again! We attended Game Connection, a game’s showcase that has built up quite a reputation and has grown in size over the past 18 years, with thousands of developers and publishers in attendance. This game’s show luckily followed on from Europe’s IndieCade stop, allowing the team to take their final post on this tour. 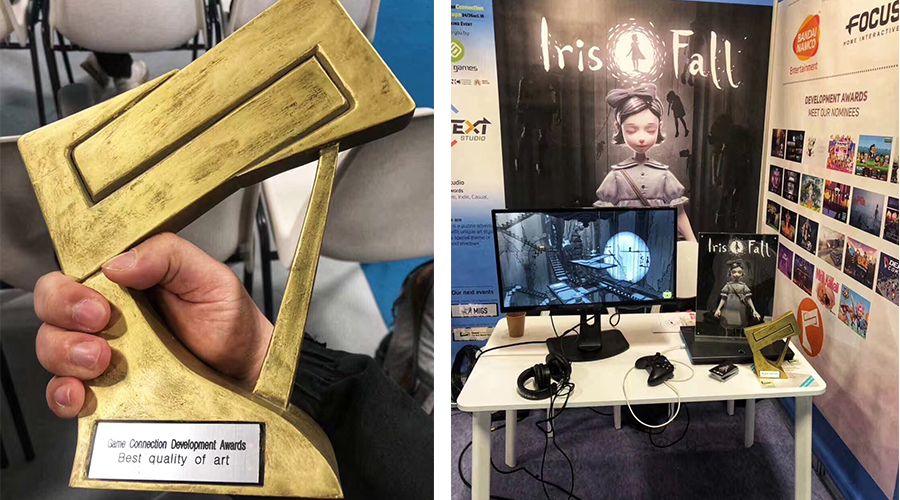 This stop also showed us that all this travelling was worthwhile. Iris.Fall and Death Coming were not only nominated for Development Awards, but also won “Best Quality of Art” and “Best Mobile/Tablet Game” respectively, giving us a perfect end to this October tour!