This isn’t a travel guide to Korea, but after reading you may even want to take them travelling for yourself on a special Golden Week trip!

This pair are “Marmalade” and “Husky” from the new, cute puzzle game OWO which came online this month. Not long ago, we took Marmalade and Husky to Busan Indie Connect Festival 2018 in Korea; you could tell their excitement from just looking at their faces, they were out with their masters after all.

We must warn you that there are a lot of images and excitement up ahead, but stay tuned...the creator’s identities will be revealed! 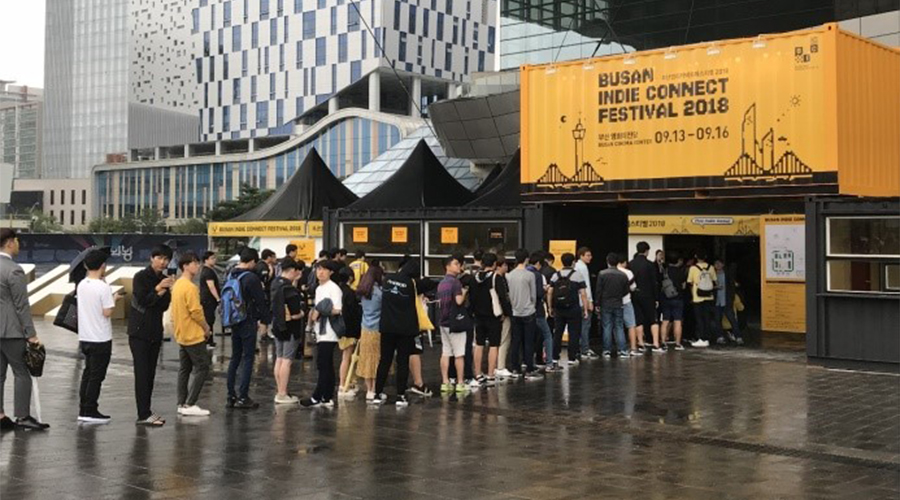 Busan’s weather may not have been great on the day, but that didn’t dampen the passion of the gamers, there was a long queue before the gameshow had even started. As a shipping container for the entrance, this gameshow truly was indie to the core! 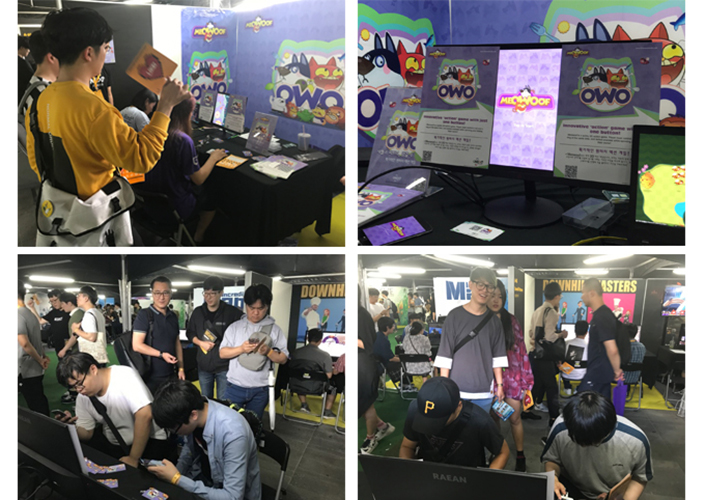 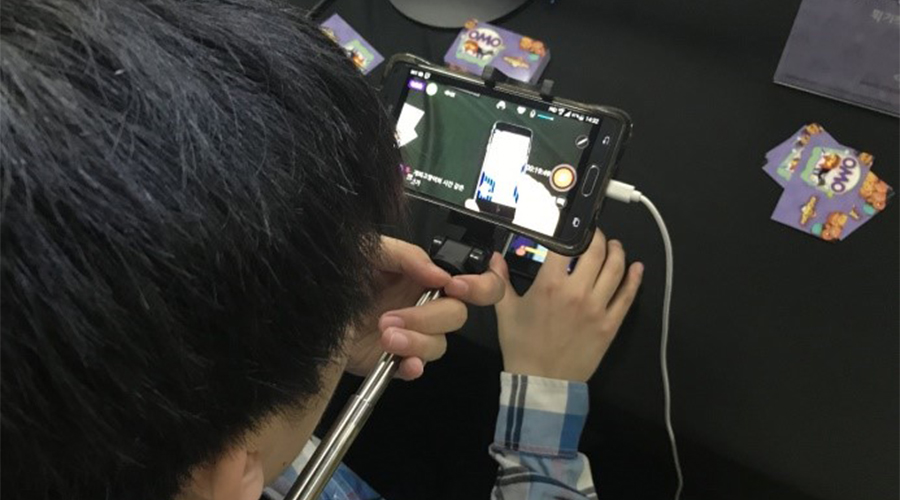 Twitch streamers started to give a demonstration of the game. Being able to play OWO with just one button made it easy for the streamers to try it out, but it’s still hard if you’re looking to clear the stages quickly. After having a glance, we saw that the stream’s audience was rapidly increasing! 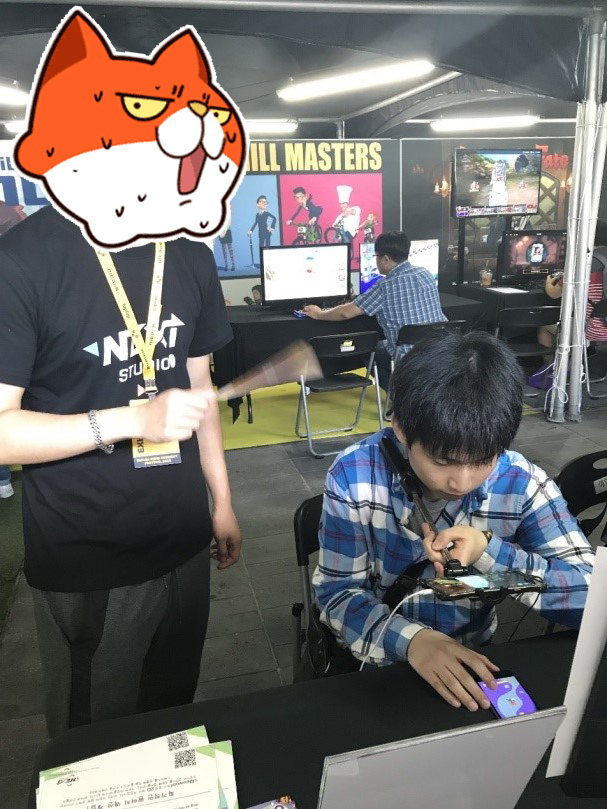 It may only require one button to play, but this game is known for being able to “Send schoolkids home crying and infuriating your boyfriend”. Even experienced streamers dripped sweat as our art designer helped fan them, thinking to himself: Don’t blame me, I just did the drawing! 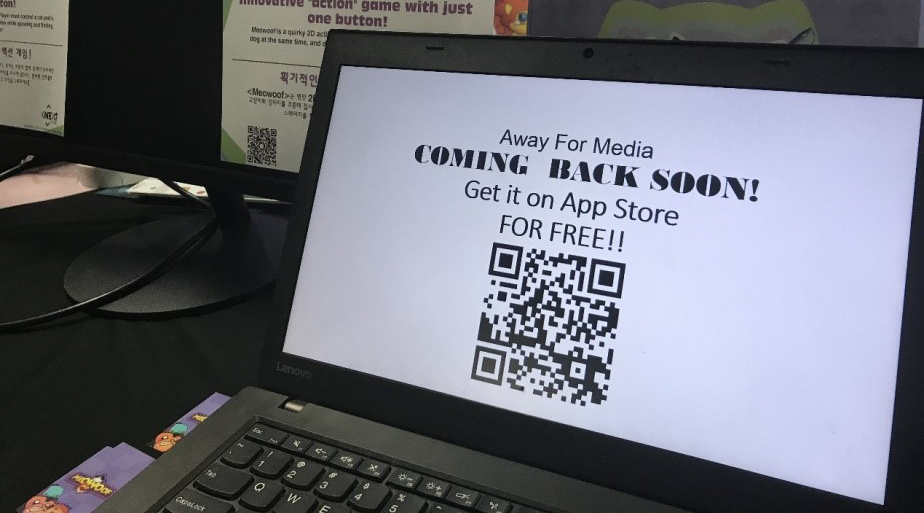 More players kept coming, and we were taken by the organizers for an interview to chat about what type of team it takes to actually make such a cute game. All we could do was put up a PowerPoint slide saying “coming back soon!” (The picture above is in fact a QR code download advert， see for yourself）

Below is a picture of our core development team! 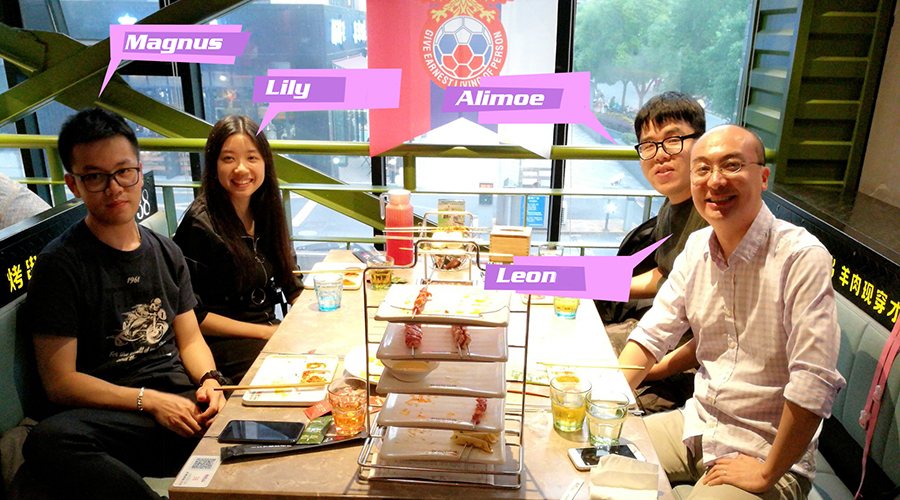 Left-hand, front：Magnus has three cats of this own, and drew over thirty different plans for OWO

The cat and dog images that players see in the game were this cat poop scooping cat lover’s idea. In the early stages of OWO’s development, the world and characters used in the game were undecided; to find inspiration, Magnus kept trying and trying, eventually drawing over thirty different plans, including noodles, waterdrops, origami works and more before finally coming up with this cat and dog which gained everyone’s approval.

Magnus said: “The first reason is because people love cats and dogs, they often can move people. The second is because I have three cats myself and I dream that I’ll raise a Corgi or a Shiba Inu.”

Left-hand, behind：One of the main creators of the game Yesterday and the designer of the addictive stages in OWO, Lily

That’s right, Lily was one of the main creators of Yesterday, back when she was still in college, her dissertation piece managed to create a buzz in the industry. She has now poured the experience she has accumulated over these years into the stage-design of OWO. Lily often uses a technique in her game design which is to come up with fun-sounding stage names to describe the player’s experience of them, such as “Dishwasher”, “Jailbreak”, “Huaguo Mountain” etc. 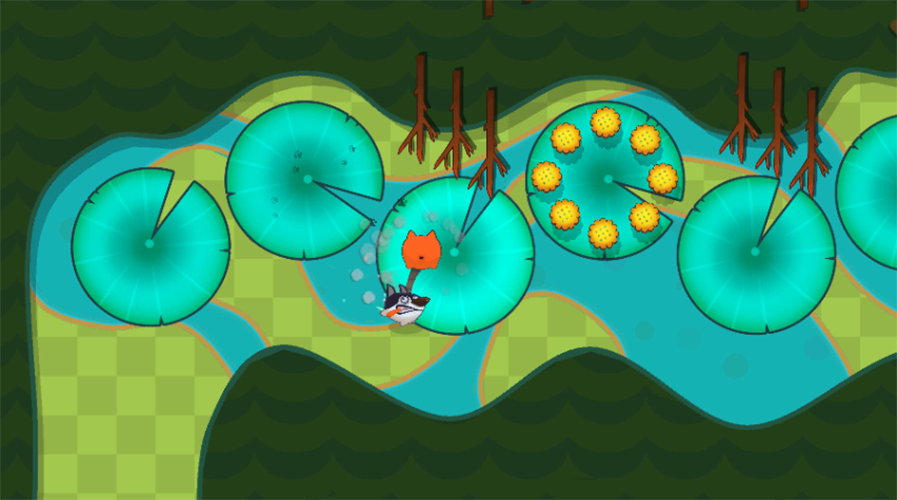 This is said to be Lily’s favorite stage, the “Dishwater”. It simulates the experience of being dropped into a working dishwasher, or it could also be said to give that dangerous and thrilling white-water rafting experience of floating from one interconnected part to another. Have you managed to find which ones are “Huaguo Mountain” and “Jailbreak”?

Right-hand, behind：The main driving force who has to fiddle back and forth with the engine of OWO all day, our programmer Alimoe

OWO’s creation started from the programming up, of course. In the initial stages, Alimoe was just fiddling around with the engine, trying to recreate his “Wall-climbing Spiderman” which he played of as a child with simulated gravity. “Back then I made a double-headed insect with a sucker on each head, due to gravity, it could climb forward as it fell down along a winding tunnel.” But during a later stage of development, the gravity was removed to decrease the game’s difficulty. 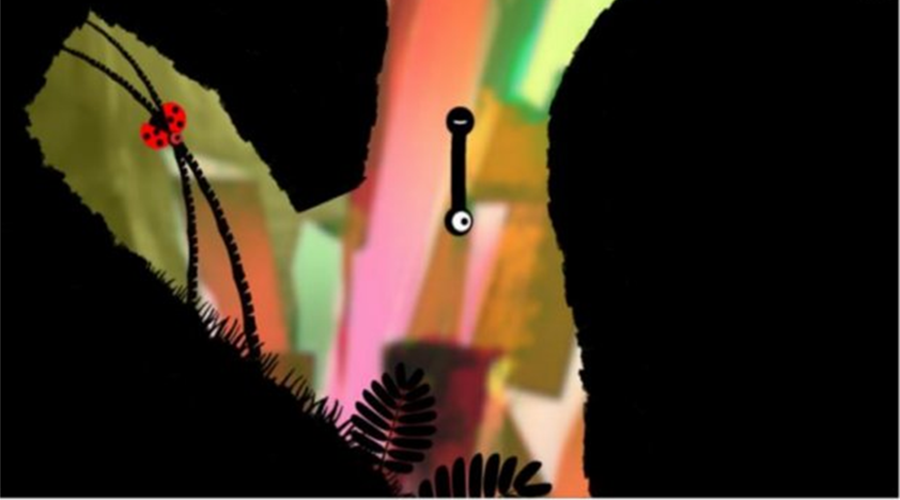 That doesn’t seem right does it? How does a programmer have time to fiddle with an engine you ask? Don’t they have to work all night non-stop?

In fact, we have NEXT’s staff’s 20% free-time work system to thank for this. In this 20% of work time, staff can do whatever they want without being disrupted by their current projects. OWO started life as a few different staff members’ 20% free-time project, until the project matured; allowing them to then spend all their time on it.

Leon used to work as a senior editor at the Chinese magazine Video Game Software, this magazine that was founded in 1994 used to be a gaming bible for gamers in China who’d pick up their edition every two weeks is filled with childhood nostalgia. Before working on OWO, Leon had already worked on large-scale projects with hundreds of people, but even when faced with a small project like OWO, he didn’t take it lightly.

“There wasn’t anything difficult that needed solving from a technical perspective, the greatest challenge for me was trying not letting my passion for design overcome me.” Along with the game’s gravity that was mentioned before, OWO initially had rotation and other game controls, they considered making the rope in the middle into a noodle or chewing gum and other fun, enjoyable images and forms. But due to the time and personnel limitations, they had to pick out the best ideas and leave the others. “The core concept of OWO has always been using the software’s rope to link up two end points and to switch between these points to clear the stage.” 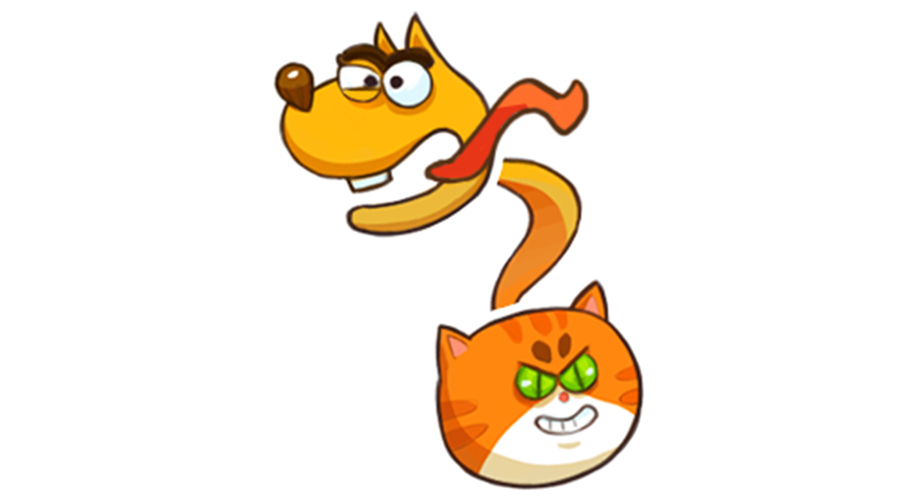 But he might get a different experience when playing this game, Leon revealed that he used to have two dogs; one that got sick and died, and the other died from fighting with a larger dog. After this, he hasn’t raised another one . Maybe OWO will help him to relive that happy time he spent with his two dogs.

There are more exciting stories about the creators of OWO, you can also click here to watch Leech Ask STN! 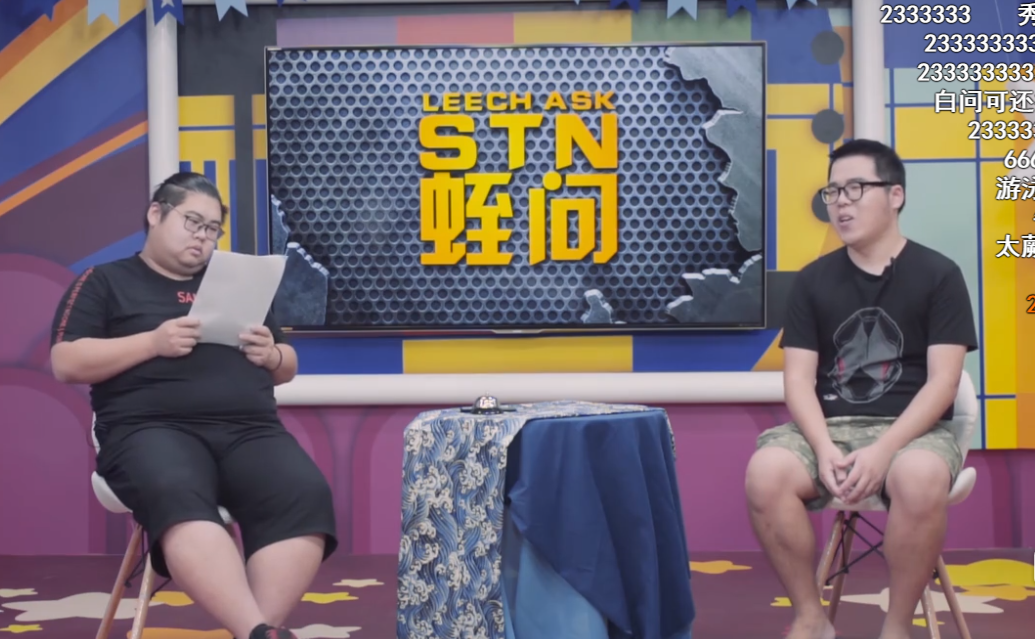