Finding Confidants in “the Hometown of Harry Potter” ——A Journey to Casual Connect 2018, London

On the riverbank of Thames at the end of May, a flower of surprise rose from the extraordinary encounter between NEXT Studios and London

Being invited to attend Casual Connect Europe, NEXT Studios' two games——TillNano (an aesthetic double-player puzzle game with picture book style) and Nishan Shaman (a music and adventure game with Chinese scissor-cut style) are honored to find favor in the eyes of judges and players, and nominated as Best Mobile Game Award and Best Game Audio Award. Since the game was still in the early stage of development with limited human resource and unpolished quality, such credit and inspiration was both surprising and invaluable to our development team!

Speaking of, the demo version of Nishan Shaman had only undergone two months of development, behind which were 6 undergraduates fresh from campus recruitment who had zero experience in game development. The game was their maiden work.

In a country that gave birth to imaginary treasures of Harry Potter and Alice in Wonderland, classic gentlemen such as Sherlock Holmes and James Bond, and mime artists like Charlie Chaplin and Mr. Bean, TillNano and Nishan Shaman, travelling all the way from China, came across their lovers in three days. We felt so grateful to find so many confidants and share our joy with them.

A Blond Girl Hesitant about Her Vote

A blood girl played TillNano in the morning and solved every puzzle from beginning to end for fear of missing any detail. She said she loved it so much and would definitely vote for it on the Indie Prize. In the afternoon she “visited” our booth again and played Nishan Shaman, and soon got attracted by its unique Chinese scissor-cut style. While feeling determined to vote for TillNano in the morning, in the afternoon she wanted to vote for Nishan Shaman so badly. Now she was totally shilly-shallying: “It's too awesome to handle”. 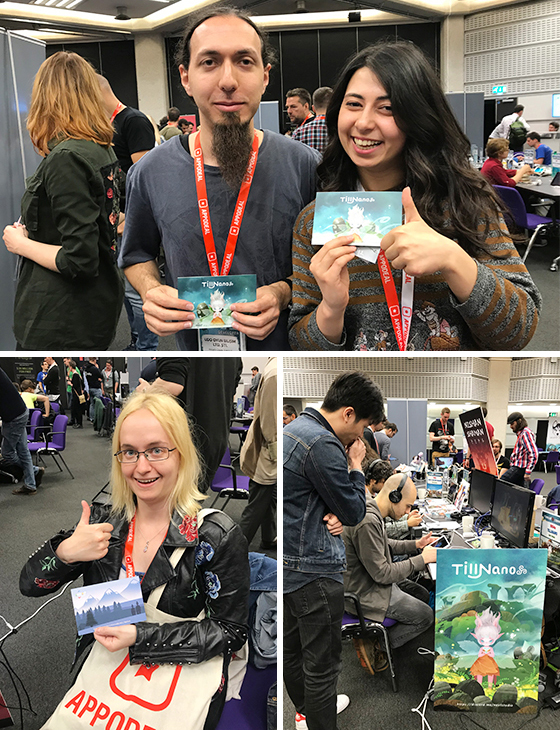 A Turkish Bro Helping with Canvass

Getting hyped by Nishan Shaman’s sound effect, a developer from Turkey held a bottle of beer in hand as he played. When other developers came to play the demo, he eagerly helped with reception, company and canvass. What a spokesperson of our games… 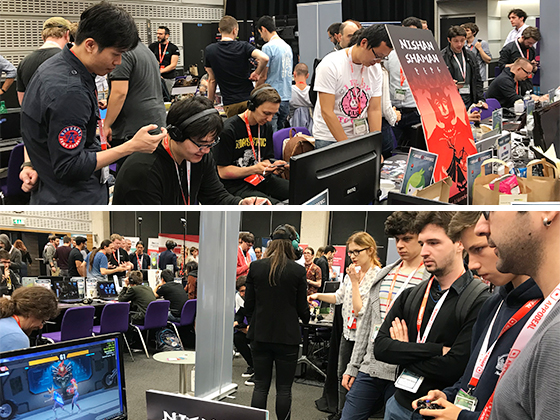 May 31th was the last day of Showcase. At 3 p.m. the result of Indie Prize was officially announced. Busy tidying the booth, NEXT’s squad was late for the award ceremony and missed the moment when Nishan Shaman got nominated as Best Game Audio Award. Overjoyed and expectant, our team waited for TillNano to pop up. One video after another played on the screen. The anchorman introduced one after another nomination and winners from United Kingdom, Poland, Australia, German···· All of a sudden, familiar graphics popped up, and a voice came out: “Developed by NEXT Studios from China”. TillNano was nominated as Best Mobile Game Award!

"NEXT Studios from China" ——these four words relieved us of days of exhaustion, and made up for months of hardships in game development. We appreciate the gifts from Casual Connect Europe, and we thank all the players, media and judges! “Simply make cool games!” While always remembering why we started, NEXT will continue with its humble journey! 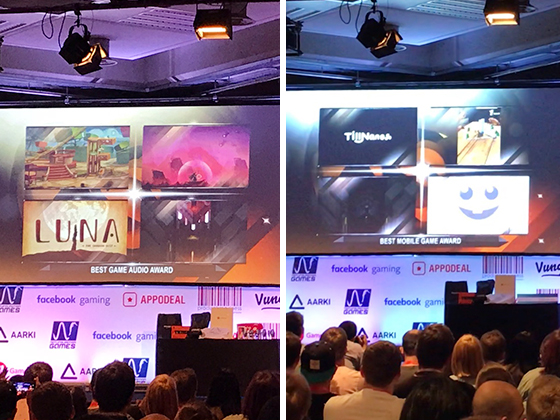