As NEXT Studios' representative game, Death Coming, after being strictly filtered by the sponsor, made all its way to the qualification and landed in Kyoto for the first time!

In addition to the stereo system, the development team carried all the way a 10-kilogram monitor, just to leave players with the most perfect impression. During the exhibition, our showboys and showgirls also cosplayed as Death. Scarlet with smiles, radiant like dolls, they showcased the enchanting side of Chinese nation. 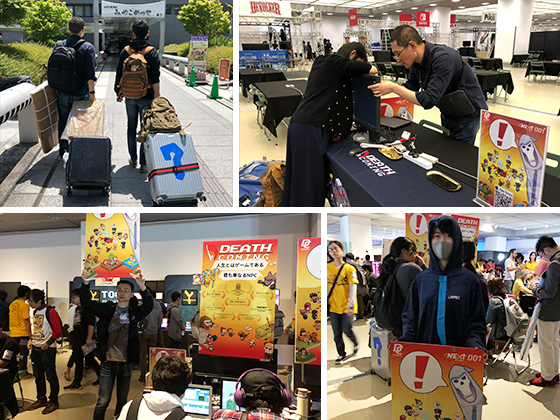 While playing the game, she laughed and talked to her friends: “I get it, I can kill like that! That’s so fun!” Everybody should have a share of nice things. On the first day of the exhibition, she brought friends to the demo time and again and also taught them how to play. What a spokesperson of Death Coming!

Seeing him pacing up and down before the booth, our developers beckoned him to play the demo, only to be told: “I’ve bought your game. It is sooooo cool! May I shake hands with you?” His passion—starting with affection, controlled with courtesy—was so touching.

A Group of Lovely Boys

Quite many young Japanese boys were so attracted by the easy-to-play game mode and the cute pixel graphics that they just couldn’t stop. From time to time, their parents at side reminded them: “You’ve been playing for so long. There are still other people waiting!” While the sponsor was announcing rules and matters, a mixed-race boy took the last few minutes to get back to the booth to play the demo. Our showgirl smiled kindly at him, wishing so badly she could just gift him the computer.

During BitSummit, the development team, at the invitation of the sponsor, joined in the live stream event in the Twitch Let's Play pavilion, showcasing how to play as the Death Acting, how to use the special items with power of death, and to reap souls through direct or indirect game actions. 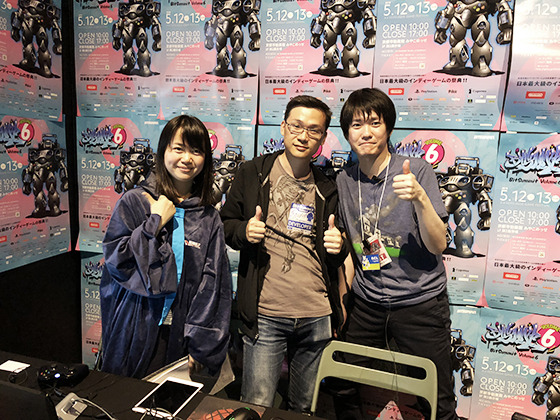 For the development team, offline communication with players is such a wonderful experience. “When you present your game directly to the players and bring happiness to them, you can’t but feeling happy yourself, which is not an experience you can enjoy in the office. With all these sights, even eating bento on the ground feels so great.”

Let’s continue with our endeavor!