How far away is China from 3A games? – Listen to the insiders 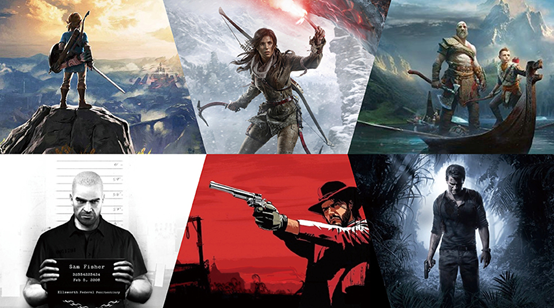 Recently, domestic game developer Wang Miaoyi published an article on his personal WeChat account titled <Why are 3A games never going to happen in China?> and stirred much discussion among game industry and players. In order to answer this question, yystv.cn interviewed 4 developers who used to work on or are still working on 3A games. They are Zheng Kai, senior stage designer from Sony Santa Monica; Sun Chixun, multiplayer technology designer from RockStar San Diego; Ryan Huai, game engine developer from Activision Sledgehammer Games and Shen Li, general manager of NEXT Studio.

Shen Li, who used to be the R&D head for Tom Clancy's Splinter Cell: Pandora Tomorrow and Tom Clancy's Splinter Cell: Double Agent at Ubisoft Shanghai, stated that the game industry in China does have some experience with 3A games on console platforms. Individually, these games are indeed decent and some of the games currently in development are showing good potential too. But the bigger challenges come from the management of large-scale teams and production. It is not easy to raise a team with sufficient numbers of qualified developers - team management as well as production line management can also be very demanding. In addition, Shen Li also stressed on the capability to create IPs. What does it take to make a world and a storyline acceptable for Westerners? The cultural barrier is even harder to overcome than the one on technology and creation.

NEXT is working on this as a testbed. On one hand, it is learning and using the most advanced technologies to build state-of-the-art production lines through Siren and other research programs; on the other, its internal team is working on 2A program development. They begin by creating high-quality but low-content 2A games and hopefully through controllable investments and production trials like this, a new generation production line can be established.

Click here to read the full article and know more about what the industry insiders have said!